Ruby came in for her lesson over the weekend with a bouquet. It was oral rather than floral as she had no flowers in tow, but with something better in store: a stamp of accolade. With an air of excitement, she announced that she had made it to Honors English at school. That for weeks we could already sniff it did not make it any less gratifying of an event now that it had actually materialized, at least not for yours truly. She had made my day, big time!

I recall an earlier blog of mine: Collateral Benefits of SAT. Reading it, one couldn’t miss Ruby exemplifying my hypothesis in that blog on this occasion – yes, she has walked my talk. And that had not been entirely unanticipated either. After all, she had been consistently owning her English SAT Prep of late. Granted, the breakthrough could not be wholly attributed to her exertions on SAT by any means but on the other hand, some claim should be in order too. My sense from working first-hand with Ruby will attest to that all day long – due credit where credit’s due. 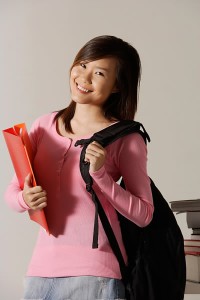 Ruby embarked on SAT Prep at the midway mark of last term and by the onset of the current one had already caught the eye of her English teacher. She had been green initially, but as she negotiated into SAT country, her general command of English quickly gelled in tandem with her mastery of the language from the SAT angle in particular. The rest is history. As Ruby heads to Honors English in the next academic year, I am certain that she will be there to stay and won’t look back. Indeed, this will be an episode for this humble tutor to behold for a long while.

There, we had started out trained on the SAT and are already enjoying fringe dividends long before the first drum roll of its own, or even that of its precursor, the PSAT, for that matter. Ruby thanks me. In truth, I thank her more, for that little glory, that great satisfaction.