The dormitories have closed for the Mid-term break and Ruby has taken off to KL. She will be gone for a whole week despite already running direly short of time in the preparation for her upcoming SAT. To be fair, she didn’t have much of a choice; I often wonder where boarders go and what they do when they get closed out from their own quarters during the school breaks.

Ruby had come to me a couple of weeks back in desperate need of help in SAT. She basically needs to ace it as she is going for a merit scholarship at a US university for which a top SAT score (about 95 percentile ranking) is a baseline. Ordinarily, this should not have been anything surprising, only that she had been crucially complacent in presuming certain details in the admission requirements of the school. 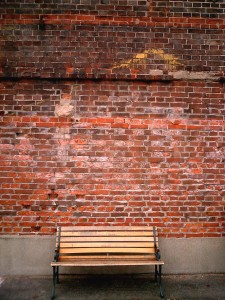 There is a lesson to be shared here with all international students aspiring to enroll at US universities in this. As with the norm, either SAT or ACT is an admission requirement for all US students at this particular university. However, it is actually not compulsory, although encouraged, for international students, except where it concerns scholarships and certain courses. That’s the part that got Ruby.

We went through the usual passage of assessment, planning, and prediction, albeit in rather frantic fashion. As expected, Ruby was miles from scholarship country at SAT but we would still give it a go and are currently at crash-course proper already. Ruby’s progress has been solid and conviction, extraordinary. It’s such a shame but all things considered, I see her missing the cut, still.

Without the scholarship demand in the mix, it would have been a stroll for Ruby, I’m sure. Or if she had not been constrained by time be it as it may, I would have called the outcome otherwise – in her favour. I have challenged her to prove me wrong though and indeed, I’m all out to help her to do just that. Isn’t that an irony, or what?