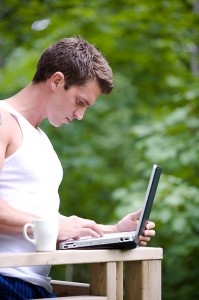 College Board describes it well – the SAT measures the basic skills you’ve learned in the classroom and how well you apply that knowledge. I will add that it also tests your ability to cope with time pressure. All 9 sections of the 3 components of the test, Critical Reading, Writing and Mathematics, are timed. As such, time is precious at any part of the SAT, not least those on Mathematics.

Within the SAT Penang students generally do well in Math. Still, a few pointers on how to deal with time utilization can do wonders for your Math score. Given the format of SAT Math, the smart thing to do about time is to conserve it. In other words, you should economize your time spent on Math problems all the way, and one of the most effective ways to achieve that is by employing Mental Math.

SAT Math problems are laid out in increasing order of difficulty. This is a situation made for Mental Math because that means the questions in the first part of the section will be easy enough for a reasonably well prepared student to dispatch mentally. In so doing, you will conserve time for the more demanding questions in the latter part and no questions thus will likely have to be skipped or timed out.

It’s the same thing with times-tables. Although calculators are allowed, Mental Math will always ‘own’ them in short multiplications and divisions. Your fingers can never be as fast in keying in as your brains are in thinking about simple mathematical operations. Even those fancy graphing calculators will be no match in terms of speed, not to mention the associated risk of typos.

Less obvious but just as effectual, recalling formulas and information from memory is also a form of mental Math. It beats physically referring to them which is found at the beginning of each Math section as that would eat into the precious little time you would be given in the.

A word of caution though – indiscriminate rushing is prone to errors. Conserve your time wisely.