For those who have not heard it already, College Board, the administrator of the SAT recently announced that they are redesigning the SAT. The new SAT will come into effect in the spring of 2016. That’s still early days and those who are currently pursuing their SAT’s are unlikely to be affected as I have yet to hear of folks preparing for their SAT so far in advance, especially around Penang, Malaysia. In Penang SAT is invariably a last-minute scramble (regret intended).

Although the general framework of the redesign has basically been firmed up, the announcement is essentially just a heads-up as details of the changes are still being sorted out and the complete specifications of the redesigned SAT will not be available until April 16, 2014. That notwithstanding, much has already been tabled on the Web about the impending redesign; I also have my 2 cents’ worth albeit largely with a local twist. 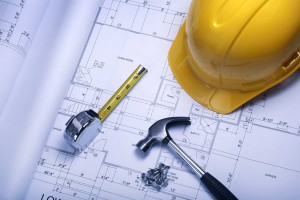 From the information that is already available on the 8 key changes outlined, it is the same old same-old as far as prep is concerned. To me, the fundamental purpose of the SAT in measuring academic readiness to predict college outcomes has always been to aid college admission officers and this change will keep that objective intact. Therefore, preparing for the test will only be a matter of then doing it in a redesigned manner – but same old prep.

As said, the SAT remains largely the same for us here in Penang. That includes the overall degree of challenge. While having the Essay (traditionally not our strongpoint and understandably so since we are non-native English speakers) prompt shared in advance will be a boon, the introduction of Founding Documents and Great Global Conversation elements will about even things out because we have like zilch American heritage around here.

To many, the current version works fine. Folks wonder if the redesign of the SAT has been prompted by it being overtaken as the most popular college entrance standardized test by ACT. But we should heck care and just own it, redesigned or not.