Chauffeuring Dave to school this Monday morning, I saw Dee, also on his way to his school. He looked rather self-assured, almost triumphant. That’s a good sign as he had sat for his SAT just over the weekend.

Dee’s a good boy, the diligent sort. Although we had worked together only briefly in his SAT preparation, he had been a joy every moment of the way. Based on my assessment, he should achieve his target of 1800. Why then is Dee’s SAT goal so ‘measly’, given all his qualities? The answer is unfortunate but undeniable – misinformation. 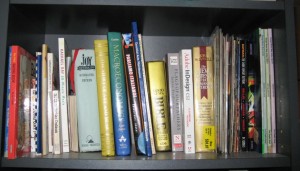 Ideally, someone of Dee’s calibre should easily surpass the 2K mark indeed. The thing is he never planned on taking it until realizing only at the 11th hour that SAT is one of the admission requirements by his aspired university, which by the way is not American, and certainly not situated in the US. It is in fact a Chinese university located in Hong Kong. It’s such a shame but the reality is that there are too many like Dee around, who would get caught.

What is bearing here is a trend. The SAT is increasingly being adopted/accepted by colleges/universities in general as one of their criteria in admission considerations. And this is not accidental either. In our globalized world, those in the know would agree that this standardized test is arguably the most convenient and ready-made instrument available for that purpose.

Even where it is not required per se, good SAT scores are known to feature as supplementary factors at universities, especially in scholarship considerations, both in the Northern and Southern hemisphere hubs of tertiary education. Unsurprisingly, many other forms of financial aids and grants fashion in a similar manner.

Love it or hate it, the SAT is escalating in significance these days. I do not advocate that disregarding the SAT would result in dead-ends, but I do strongly suggest that a SAT journey can only do any college aspirant good. After all, the SAT is as good an academic exercise in its own right as any.