The Untapped Applicability of SAT 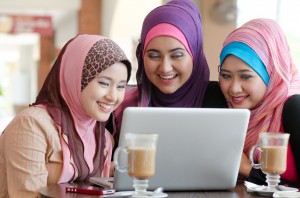 As an activist of sorts for it, I know better than most that in Penang SAT awareness has a long way to go. In the past week, I witnessed that first-hand on a chance encounter. An associate of mine was pursuing enrolment on behalf of an ex-student of his at a leading private college. I was there with him on an unrelated matter, but a related cause – that is to help youngsters here in Penang transition into college. Yes, I was there to discuss SAT.

Here was a student whose academic transcripts were being apprehensively assessed on eligibility for admission. Although he had homeschooled his last year, he had attended a mainstream American high school in Penang and even sat for the SAT while he was there for which he earned an above-average score (60-plus percentile) and with a very balanced distribution across the respective components of the test for good measure.

To me, the stage to make the call, one way or another, was right there. Instead of agonizing over the credibility of his home-school transcripts, why not extrapolate a correlation of his home-school grades against an approved standard by utilizing his SAT results as cross-reference? For example, since his SAT scores are in the 60’s percentile, simply scale his home-school grades to that same level by a conversion factor and presto, get a universally standardized set of academic results. After that, stack it against whatever that the admission office elects.

Actually, the universal applicability of the SAT is one of the founding attributes of the test to begin with. Although it is generally regarded as a guard against grade inflation, the SAT can be employed in other ways, namely as a conversion intermediary for grades among different systems. With a track record of nearly a hundred years, the SAT is hard to top in terms of credibility in that role. We can even argue that the subject student’s above-average score in SAT should by right augment his application for enrollment.

Alas, the untapped applicability of SAT – food for thought.