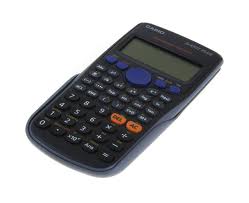 In selling down the SAT, and sweeping all US universities along the way with it, a fellow parent at my son’s school once opined that SAT Math isn’t even real Math. For one thing, she pontificated, her son could still sail through the SAT Math sections without the use of a calculator. As one who’s somewhat knowledgeable on the subject, I indignantly had to keep peace but in the same vein, I sorely questioned the wisdom of that take.

Unsurprisingly, Anna’s son had long elected the UK pathway for university and as such was never required to take the SAT. It’s just as well too. Otherwise, the boy would have had to do it from the short end. Although the calculator is not officially required for taking the SAT (but necessary for SAT Subject Tests aka SAT II), I swear that they rock!

To me, calculators in SAT Math are like steroids in athletics except it’s permitted. With a good graphing calculator, solving simultaneous equations, statistics, quadratic functions and graphs becomes merely a keypunching exercise. Answers are cranked out in both graphical and numerical displays within a fraction of the time it takes to do by hand through first-principles. Algebra is spared and time is saved – now, is that cool or what?

There are restrictions on their specs but most standard scientific and graphing calculators are allowed at the SAT, albeit only one at any one time. Not all problems will necessarily be easier to solve with calculators but when appropriately employed, they can aid greatly for sure. One of the things is that you must be familiar with the calculator you’ll be using so never bring one other than that for your test. If you’re starting with a SAT Math calculator anew, be sure to have enough practice to get used to it by SAT time.

It is said that calculators are only as smart as the folks operating them but what’s also true is that they’re always much faster and more consistent. They never have off-days either.